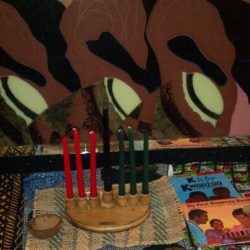 Valley Green Feast Collective is a worker-owned cooperative and we are committed to being apart of the new economy. To us building the new economy means creating and engaging with a system that is environmentally, socially, and economically just.

We recognize that capitalism is not the best option because it does not acknowledge the ecological challenges we are facing, and it favors profit and exploitation over people and our planet. We are in dire need of a system that addresses these issues and that fosters growth, learning, equality, adaptation and cooperation.

END_OF_DOCUMENT_TOKEN_TO_BE_REPLACED

We asked The Democracy Collaborative to share their thoughts on the new economy and how it intersects with their work. The Collaborative is a national leader in the field of community development through their Community Wealth Building Initiative that sustains a wide range of projects involving research, training, policy development, and community-focused work.

END_OF_DOCUMENT_TOKEN_TO_BE_REPLACED

We asked the Cooperative Food Empowerment Directive to share their thoughts on the new economy and how it intersects with their work. CoFED growing the movement of future food co-op leaders.

By Farzana Serang and Megan Svoboda

CoFED exists to strengthen a solidarity economy based on principles of cooperation and democracy. The student co-ops that CoFED supports are building healthier alternatives to corporate food services and industrial agriculture. They are coming together as economic units to fulfill their common needs and aspirations. Students are challenging traditional business structures and putting theory into practice through things like affirmative action hiring processes, democratic decision-making, and ethical purchasing policies.

END_OF_DOCUMENT_TOKEN_TO_BE_REPLACED

We asked Western Mass Jobs with Justice to share their thoughts on the new economy and how it intersects with their work. WMJwJ works to improve working people’s standard of living, fight for job security, and protect workers’ right to organize.

We are striving to build an economy that puts people before profits.  Building coalitions amongst likely allies we are creating a society that is just, sustainable, and ensures that workers’ rights are protected and expanded. We bring together labor, community, student, and faith to create innovative solutions to the problems that workers face.

END_OF_DOCUMENT_TOKEN_TO_BE_REPLACED

We reached out to our friends at SolidarityNYC to ask for their thoughts on the new economy and how it intersects with their work. SolidarityNYC connects, supports, and promotes New York City’s solidarity economy.

What does the new economy mean to your organization?

Cheyenna: Solidarity economy is a Latin American term, originally, and is in use globally within social movements seeking economic democracy. In the U.S. it is less responsive to trends in entrepreneurship or philanthropy, which we see as a strength, though it does mean we’re often asked to identify how it relates to sharing economy, new economy, green economy, cooperative economy, or collaborative consumption.

END_OF_DOCUMENT_TOKEN_TO_BE_REPLACED

Visions of the new economy movement are as diverse as the players involved in creating it. At TESA, we keep an open mind about the ideas, initiatives, and tactics employed to move us beyond capitalism. The task is too big for any one ideology or action plan and surprising, successful contributions come from all corners[…]