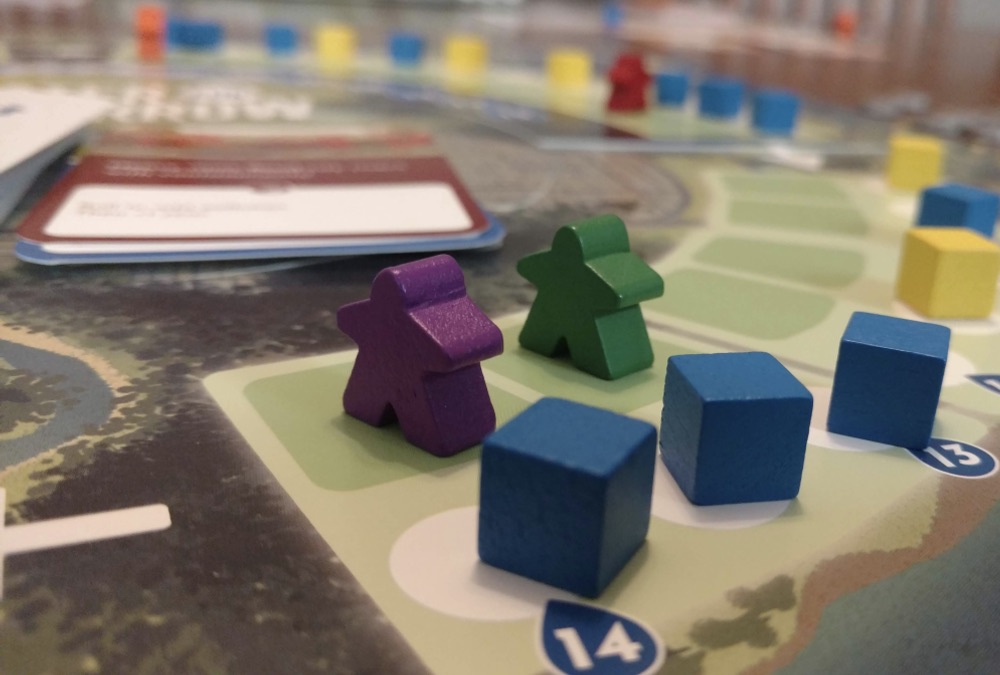 At the TESA Collective, we make customized games for organizations that want to engage their audiences in playful and powerful ways. In 2017, we were approached by The Nature Conservancy to do just that.

The Nature Conservancy (TNC) has advanced land and water conservation around the world for nearly 70 years. In New York state, TNC is working to bring together a variety of groups with different opinions about how water should be used. These include farmers, environmentalists, industry representatives, and city officials. TNC’s initiative aims to bring these groups together to collectively manage water resources while fighting pollution and facing climate change. TNC believed that a board game would be a great tool to encourage people to step outside of their own perspectives and put themselves in another person’s shoes, facilitating conversations and empathy. They wanted their game to bring home the lessons of water access and protection, while also being fun so that people would want to play it over and over again.

And that’s exactly what TESA achieved with Water for Tomorrow. After developing and proposing a series of possible game systems, we knew that TNC wanted to strike a balance between an in-depth strategic game and one that was easy to learn. For more than six months we worked closely with TNC to develop a fully customized game, playtesting and revising the game all along the way. TESA met with TNC bi-weekly, discussing developments around the game and planning to tackle challenges and areas that still needed fine-tuning. We are incredibly proud of the result. To develop the layout, art, and design, we enlisted artist James Firnaber to do the game’s lush, vibrant illustrations and Molly McLeod, who did the graphic design for our games Rise Up: The Game of People & Power and Co-opoly: The Game of Cooperatives, to work her magic on Water for Tomorrow. TESA is leading the way in ethical board game production by printing our games in the US by worker-owned companies on environmentally friendly materials, and that was something that TNC felt was important for the manufacturing of their game as well. So we worked once again with our partners at Community Printers, a California worker-owned cooperative, to produce the game. With Community Printers, we came up with a way to create TNC’s game so that it looked like a game you could buy off the shelf at a store, while remaining ethically produced and affordable to manufacture.

Each player uses a different deck of cards, which have storylines unique to their characters.

In Water for Tomorrow, players rebuild water in their region while also having to contend with destructive pollution. TNC wanted a semi-cooperative game that reflected reality, where either one person can win or everyone can win together. For everyone to win together, players have to cooperate and exercise teamwork. But if one player is selfish and wants to win on their own, they can sabotage the group, and the entire watershed.

Each player takes on one character: either a farmer, the owner of a local brewer, an environmental advocate, or a small town mayor. Players must replenish the water in their region while also gaining access to water for their own needs. Player use cards from their hand to fight pollution and place “access tokens” that build up their water score.

TESA was honored to work with The Nature Conservancy on this game, and we are thrilled to create games that advocate caring for the earth.

TESA was fantastic to work with. TESA took our nascent idea and turned it into a professional, creative, educational, and fun stakeholder engagement game. They brought a spirit of collaboration, creativity and a wealth of experience to the entire game development process. Moreover, TESA’s iterative approach allowed us to explore, test, and refine lots of ideas. We would recommend TESA to anyone thinking about creative and innovative ways to use serious games to engage communities.

Want us to create a game for your organization, mission, or cause? Be in touch!